The actor Antonio Banderas, awarded with the Sport Cultura Barcelona 2019 award, in the Culture category, received the award on March 12th at the Teatro del Soho, in Malaga.

The Prize was given in person by: Albert Agustí, Chairman; Rocío de Aguilera, General Secretary, and Ramón Agenjo, member of the Assembly of the Entity and Patron Director of Damm. 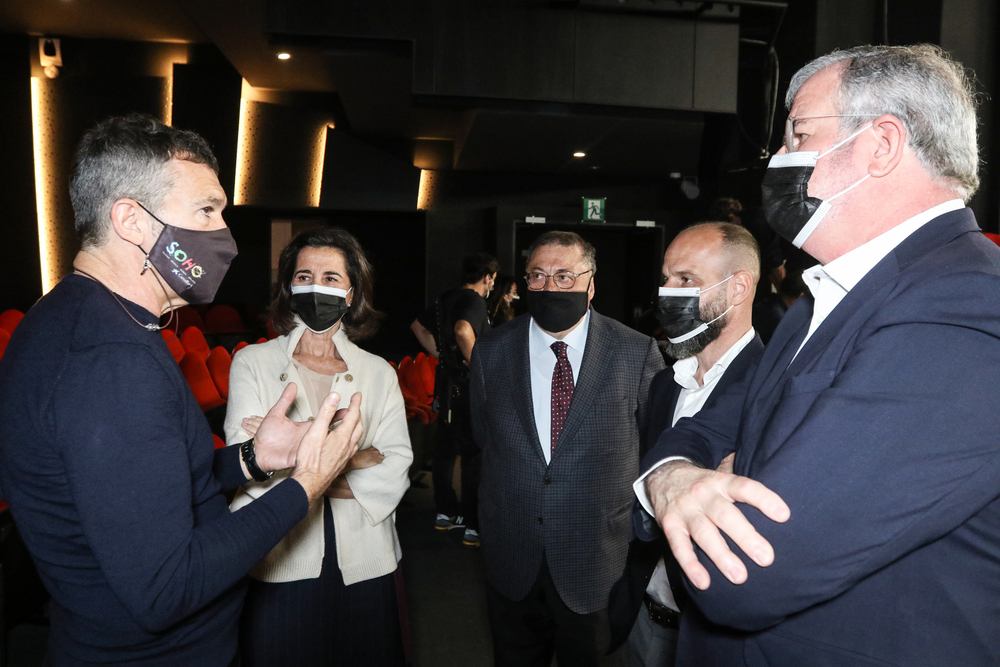 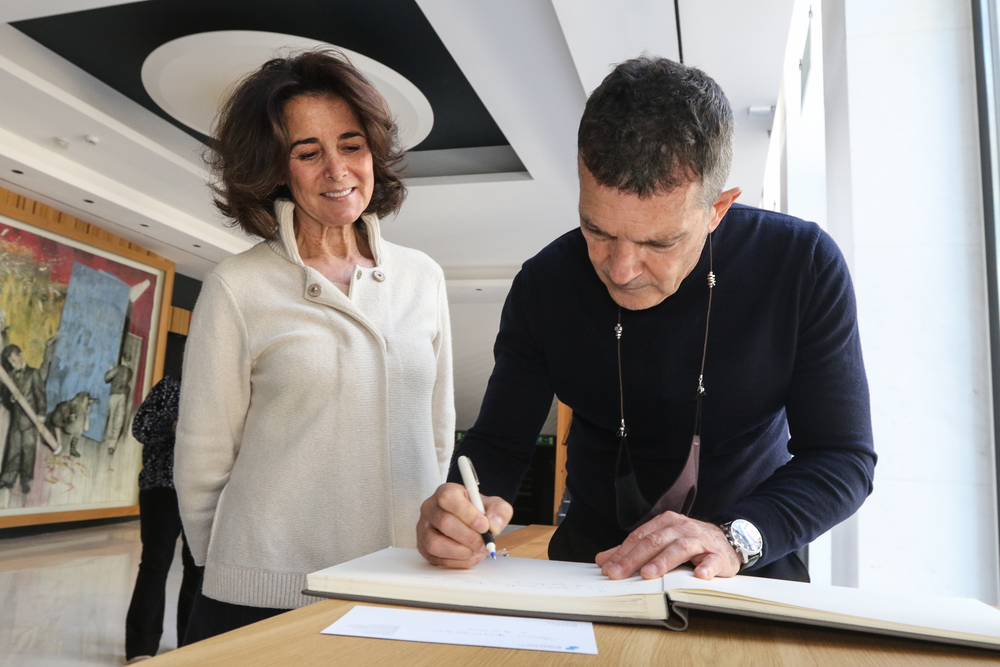 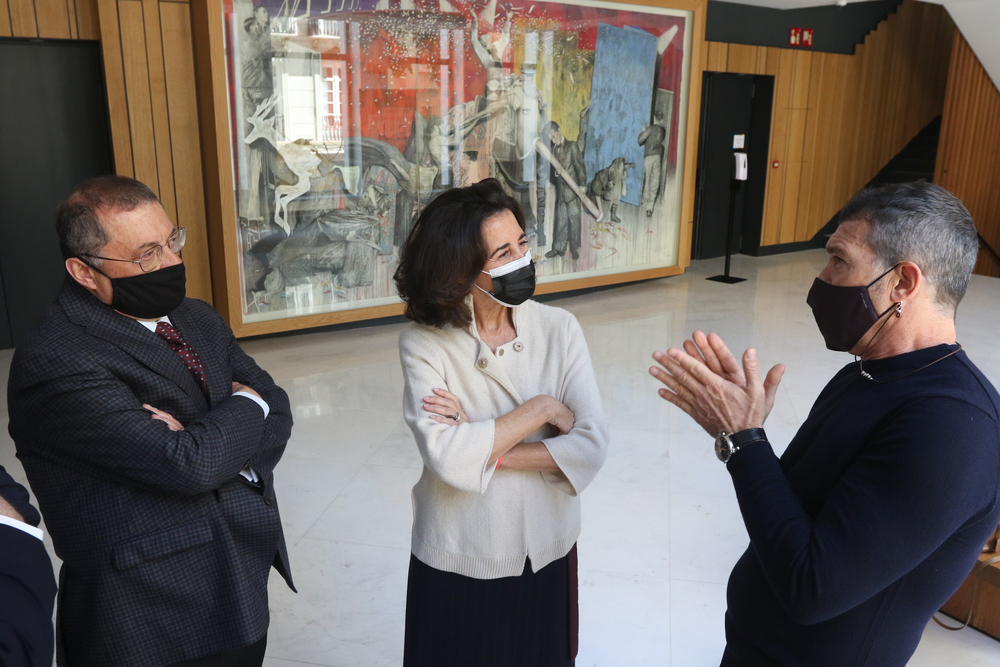 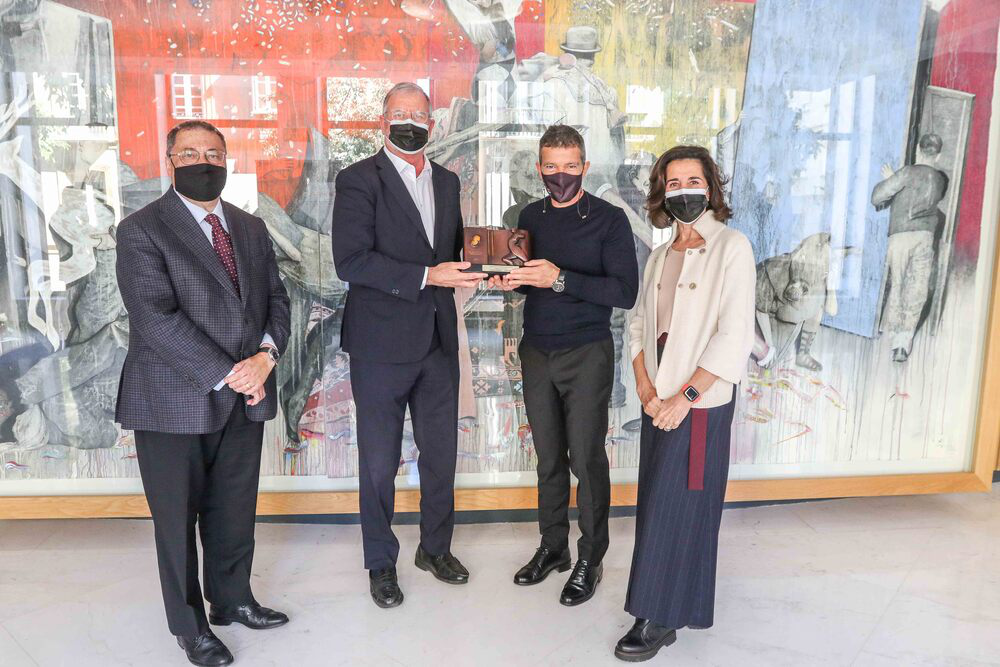 After the award ceremony, which took place at the Carlos Sainz Sr. Indoor Karting, Albert Agustí, Josep Mateu and Rocío de Aguilera, had the opportunity to greet Carlos Sainz Jr., Formula 1 driver, who currently belongs to the team from Ferrari. 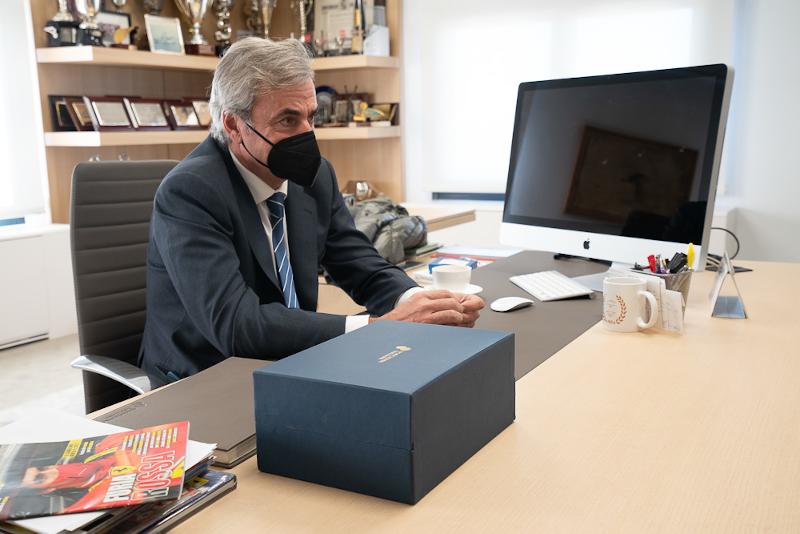 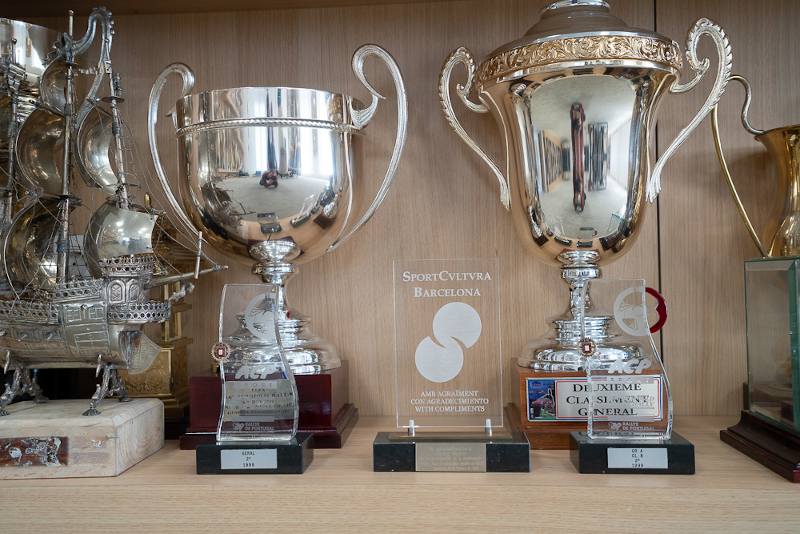 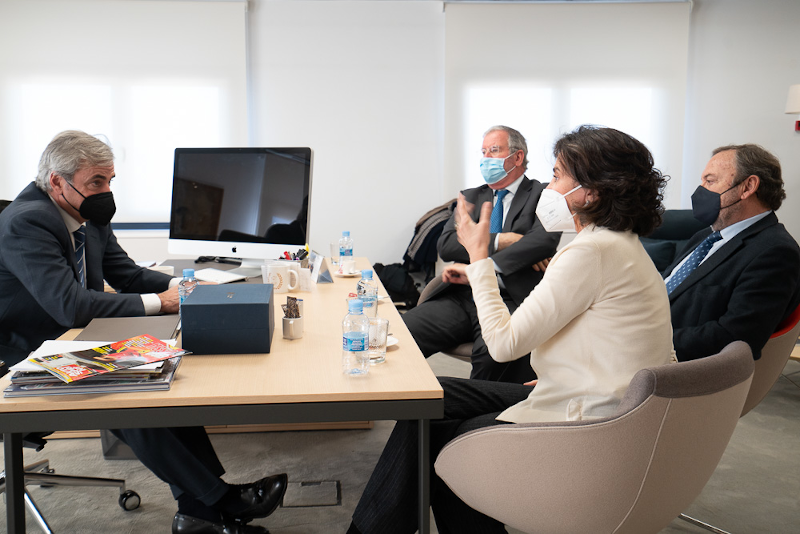 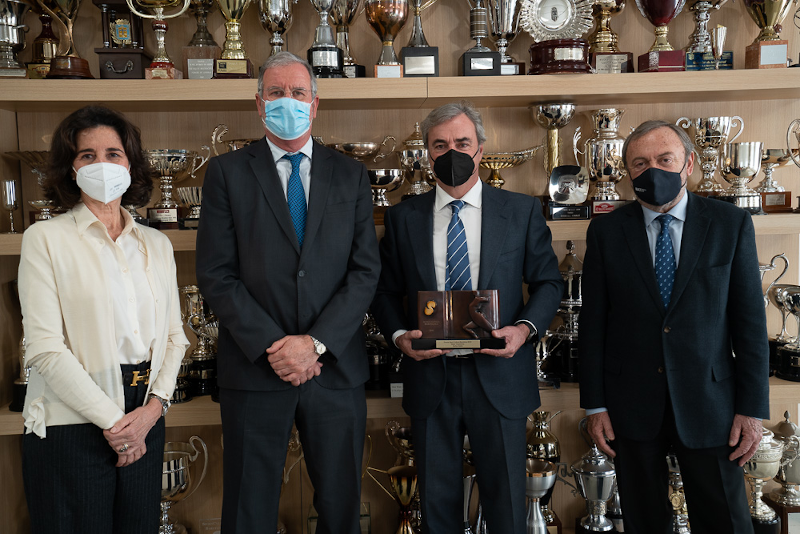 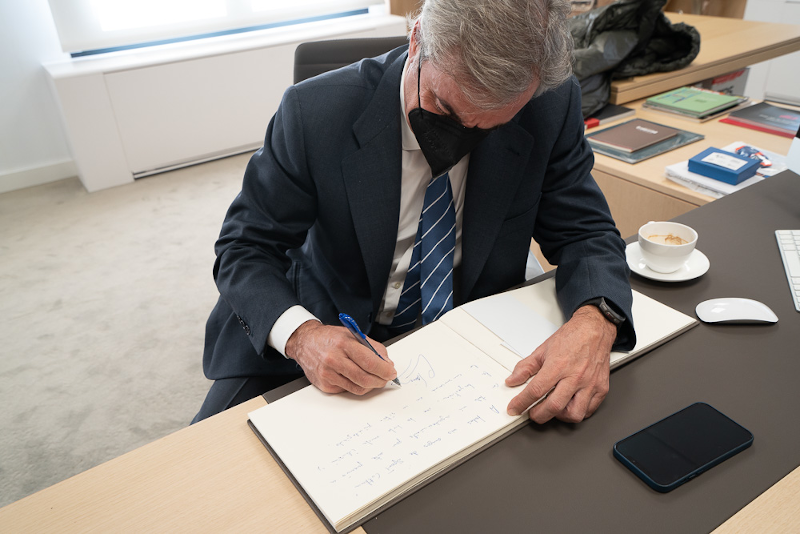 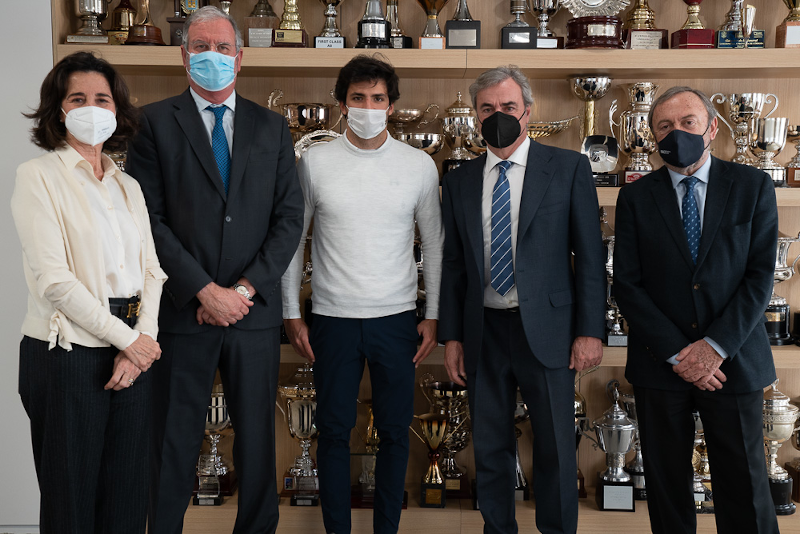 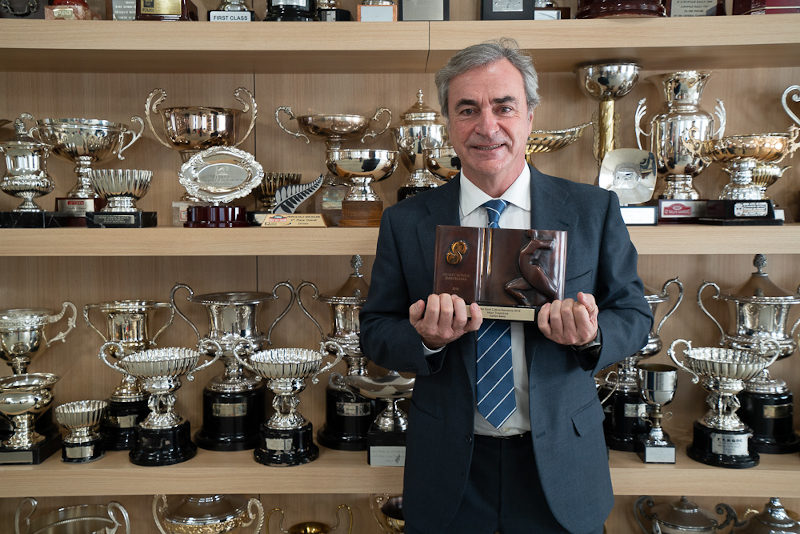 The Entity summoned the partners to an Extraordinary General Assembly, this took place by videoconference, through the Zoom platform.

The agenda for the meeting was approved, by an absolute majority.

This agreement seeks to add complicities in favour of culture in Barcelona, both in the organization and participation of differents events with the aim of promoting the knowledge, opinion and debate among various cultural groups. In fact, this is one of Sport Cultura Barcelona objectives: to work to spread culture and sport, with its values, to create a better sociaty. 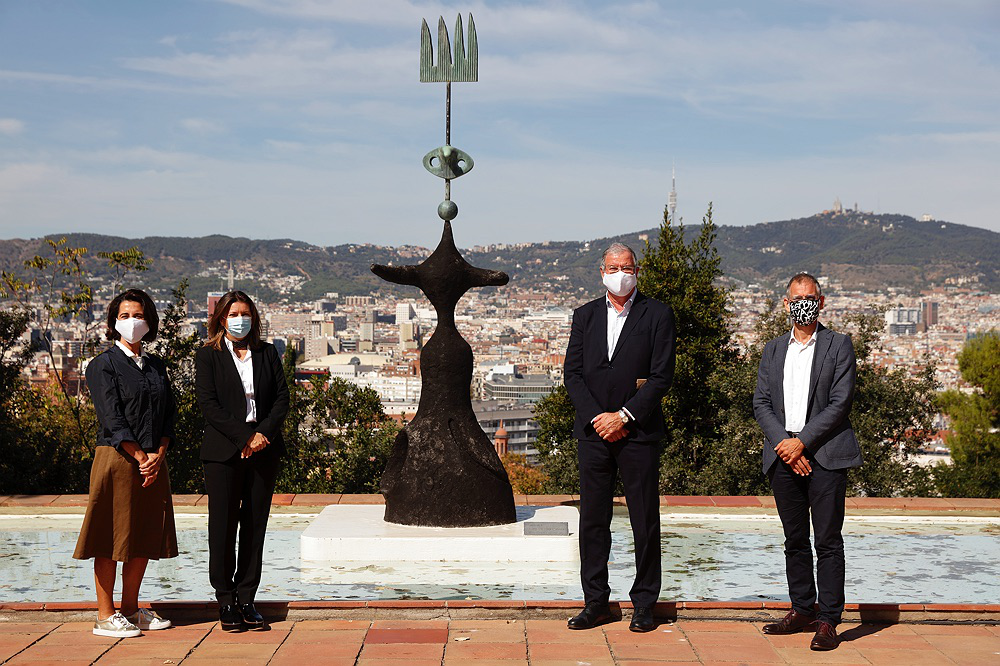 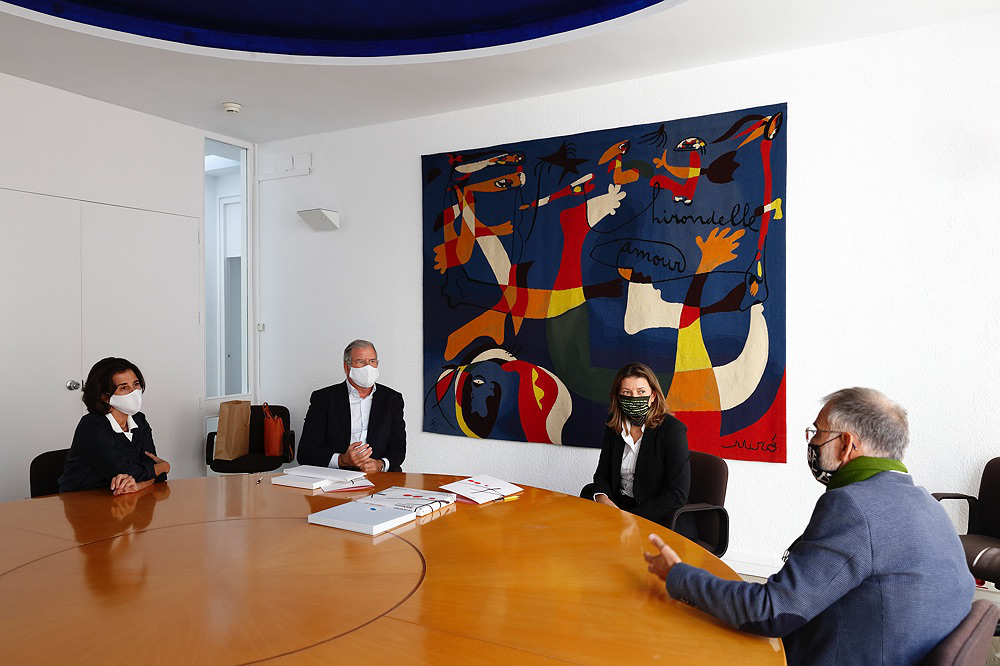 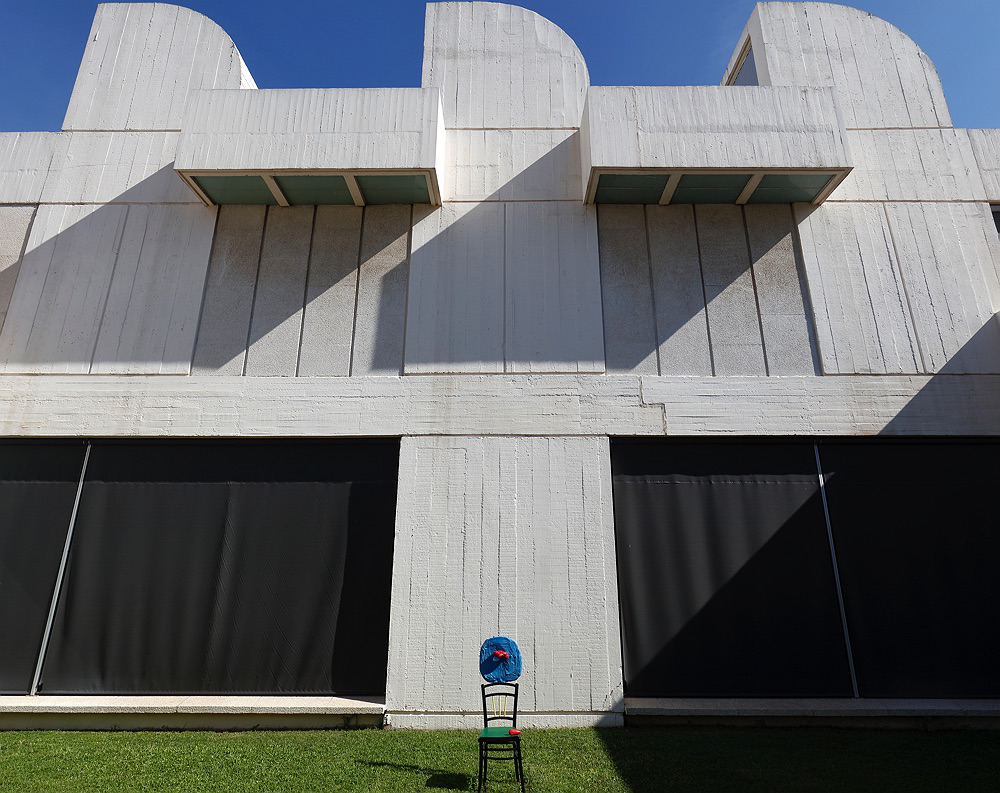 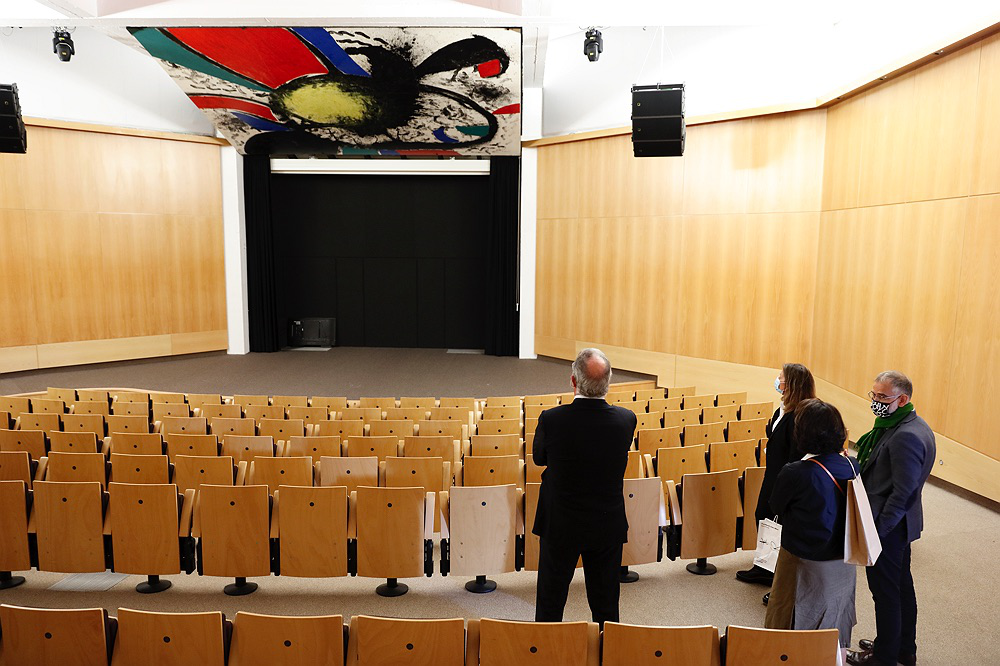 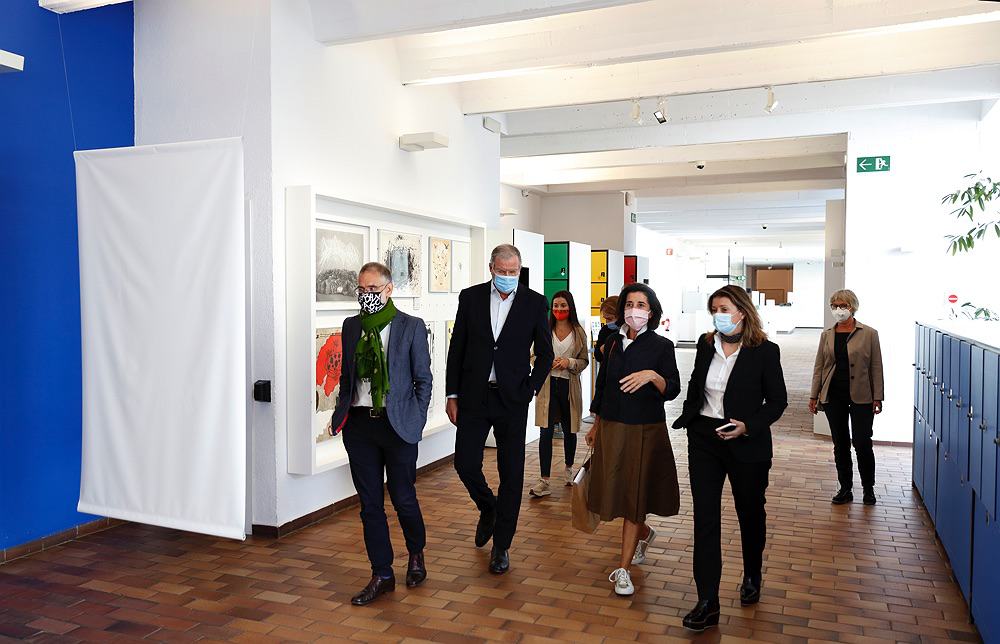 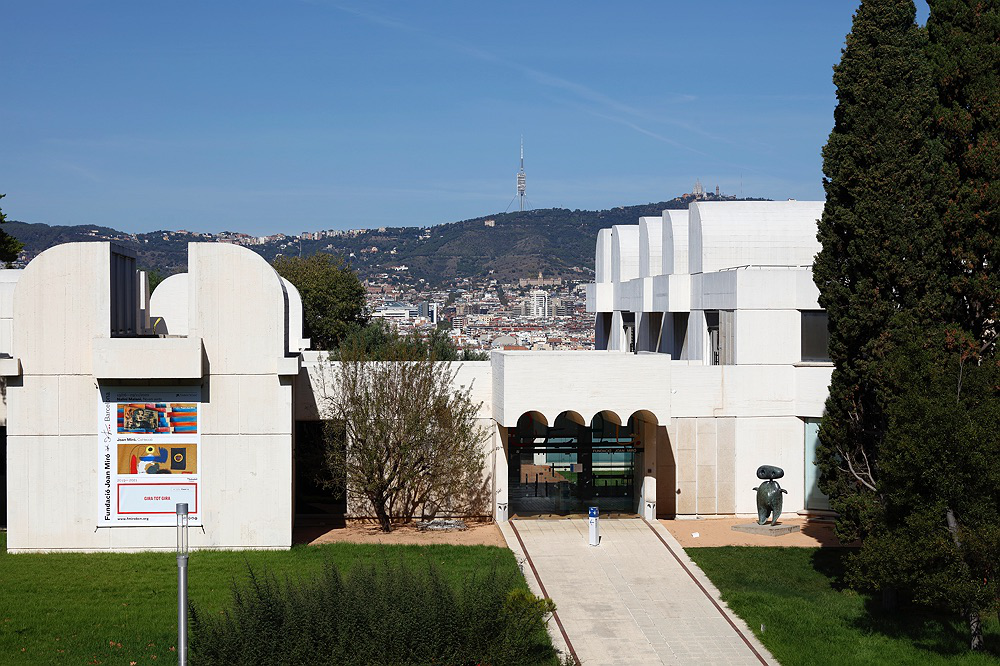 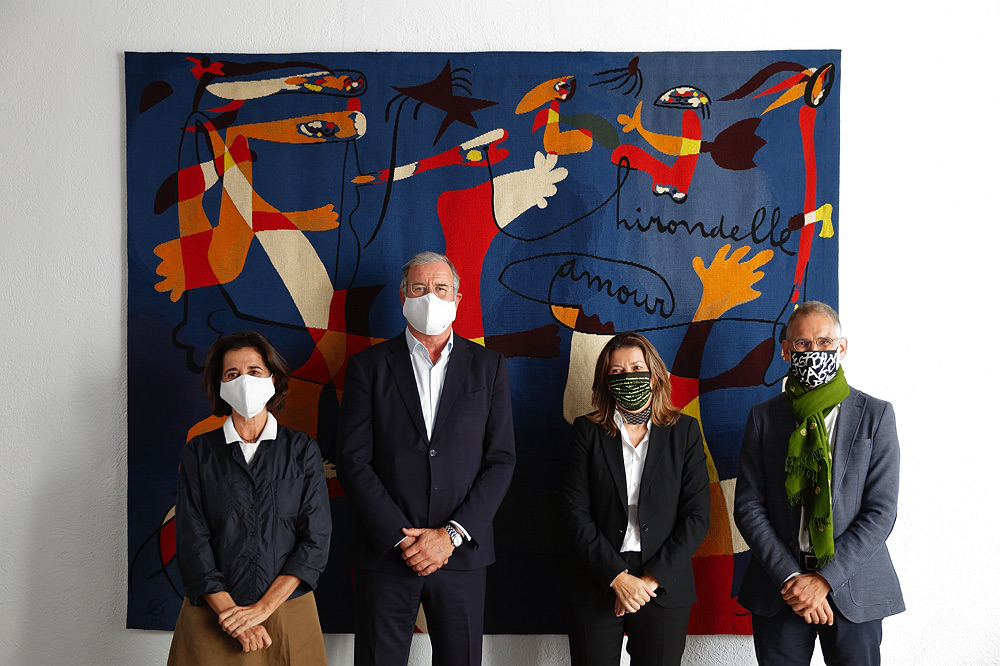 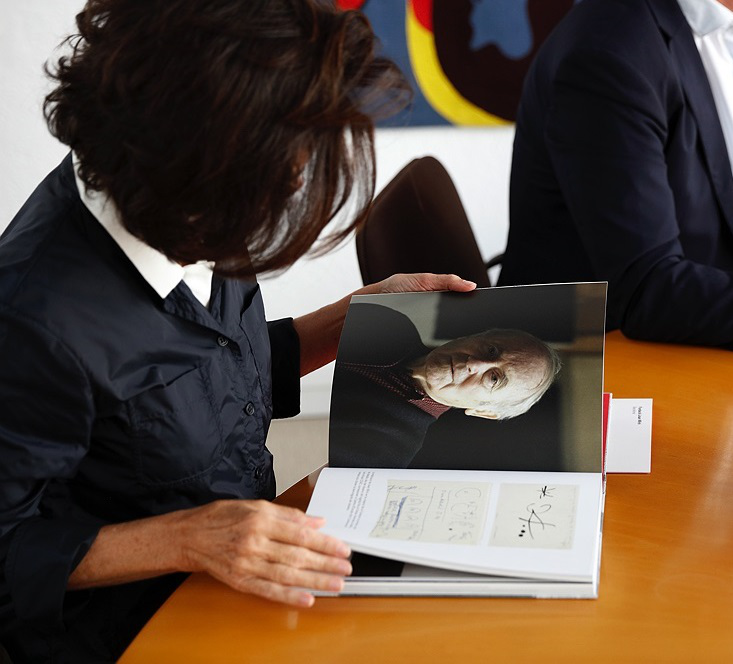 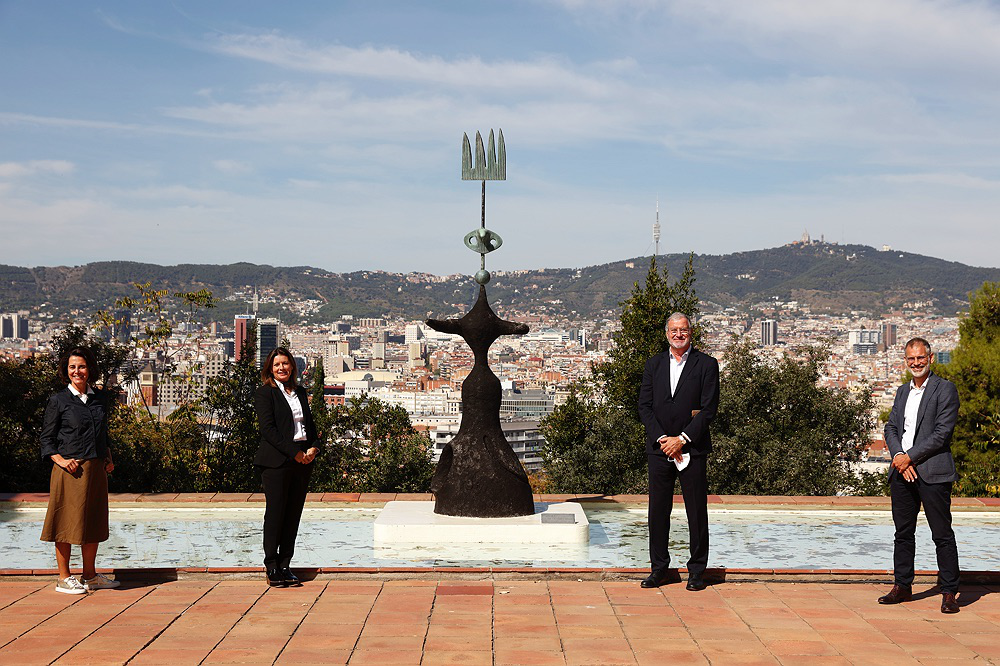 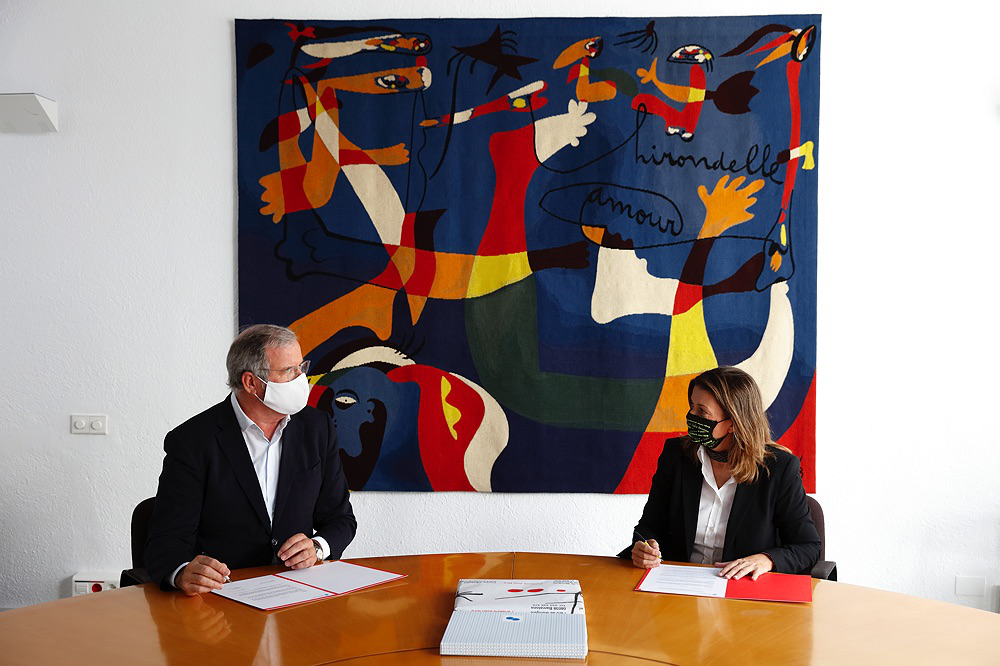 The VIII Edition of the Quadrangular golf tournament Sport Cultura Barcelona, began at the Real Club de Golf El Prat. As in previous editions, it had the participation of 72 players, in the fourball match play handicap modality, but this time 4 Clubs participated, therefore 9 couples contributed for each Club.

The first match was held on October 5th and the winner of this only match played in 2020 was the Club de Golf Sant Cugat, which obtained 27 points.

The Club de Golf Llavaneras and the Club de Golf Terramar, who became a member of the Entity in December 2019, played this competition for the first time, obtaining 18.5 and 18 points, respectively. The Real Club de Golf El Prat achieved 8.5 points.

Due to the sanitary measures and restrictions by the Covid19, the 2nd, 3rd and 4th games had to be postponed until 2021. 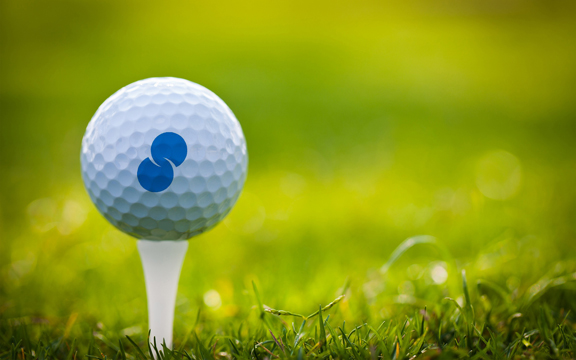 Given the current sanitary circumstances, the XV General Assembly of Members of Sport Cultura Barcelona took place on September 22nd, at 1:00 p.m., through the ''Zoom'' platform.

It had a high attendance of partners and the lawyer Raquel Gómez, being an Assembly by videoconference, explained the rules of operation of the deliberations and votes before starting the agenda.

To begin with, the minutes of the Assembly held on June 19th, 2019 were approved. Then, President Albert Agustí, presented his report and explained the changes that occurred in the events planned during 2020, which due to the pandemic are expected to be carried out in 2021, as long as the situation is stable and allows to organize them in person.

Next, Rocío de Aguilera, general secretary, summarized the events organized throughout 2019 and those that could be held in the first quarter of 2020 and the webinars have been held in the 2nd quarter.

Finally, M.ª Paz Corominas, treasurer, presented the closing of the accounts for 2019 financial year and the 2020 budget, which was prepared taking into account the exceptional situation caused by the Covid.

The General Assembly of Members ended with a round of questions and answers.

The future of music, audiovisual and performing arts

You can watch the conference online at YouTube channel: 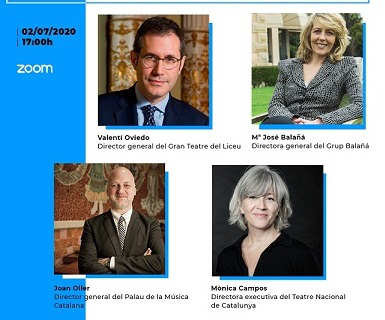 Policy and Global Development Director at ISGlobal, member of the GAVI board and chairman of the Fundación Exit.

You can watch the conference online at the YouTube link: 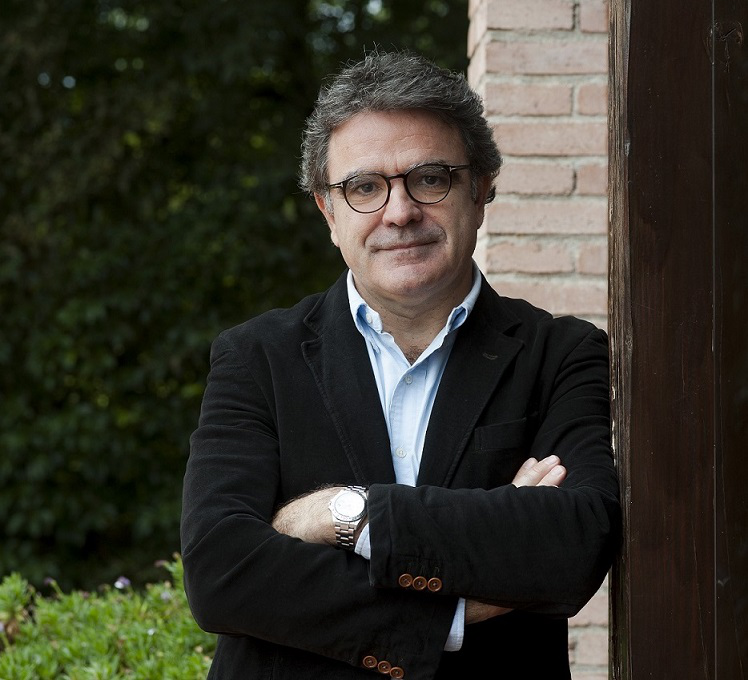 Sport Cultura Barcelona has organized a webinar with Francesc Torralba, Doctor of Philosophy, Doctor of Theology and Doctor of Pedagogy.

At the present time is the director of Ehtos Cathedra at the Ramon Llull Universidad.

The conference can be watched online through the  YouTube: https://youtu.be/x6aeHXt1UMI?t=57 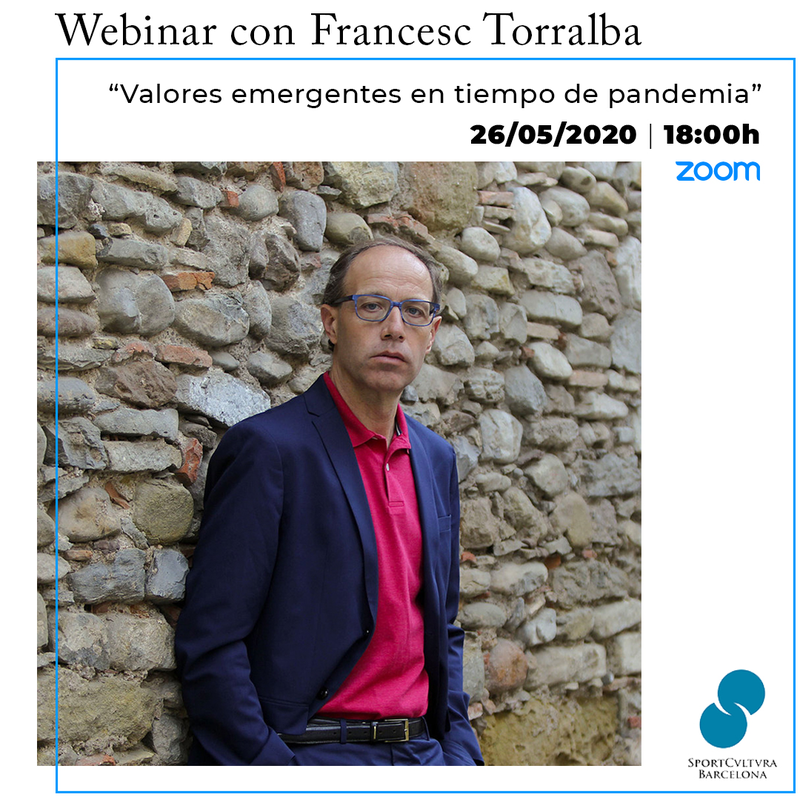 Sport Cultura Barcelona organized a webinar with José María Gay de Liébana Saludas, full member of the Royal European Academy of Doctors, Professor at Barcelona's Universidad, Doctor in Economics Sciences, Doctor in Law and Chairman of the Sports Economy and Finance Commission of the College of Economists of Catalonia.

The conference online can be watched in Youtube: https://youtu.be/ZDKkdEHdFKA 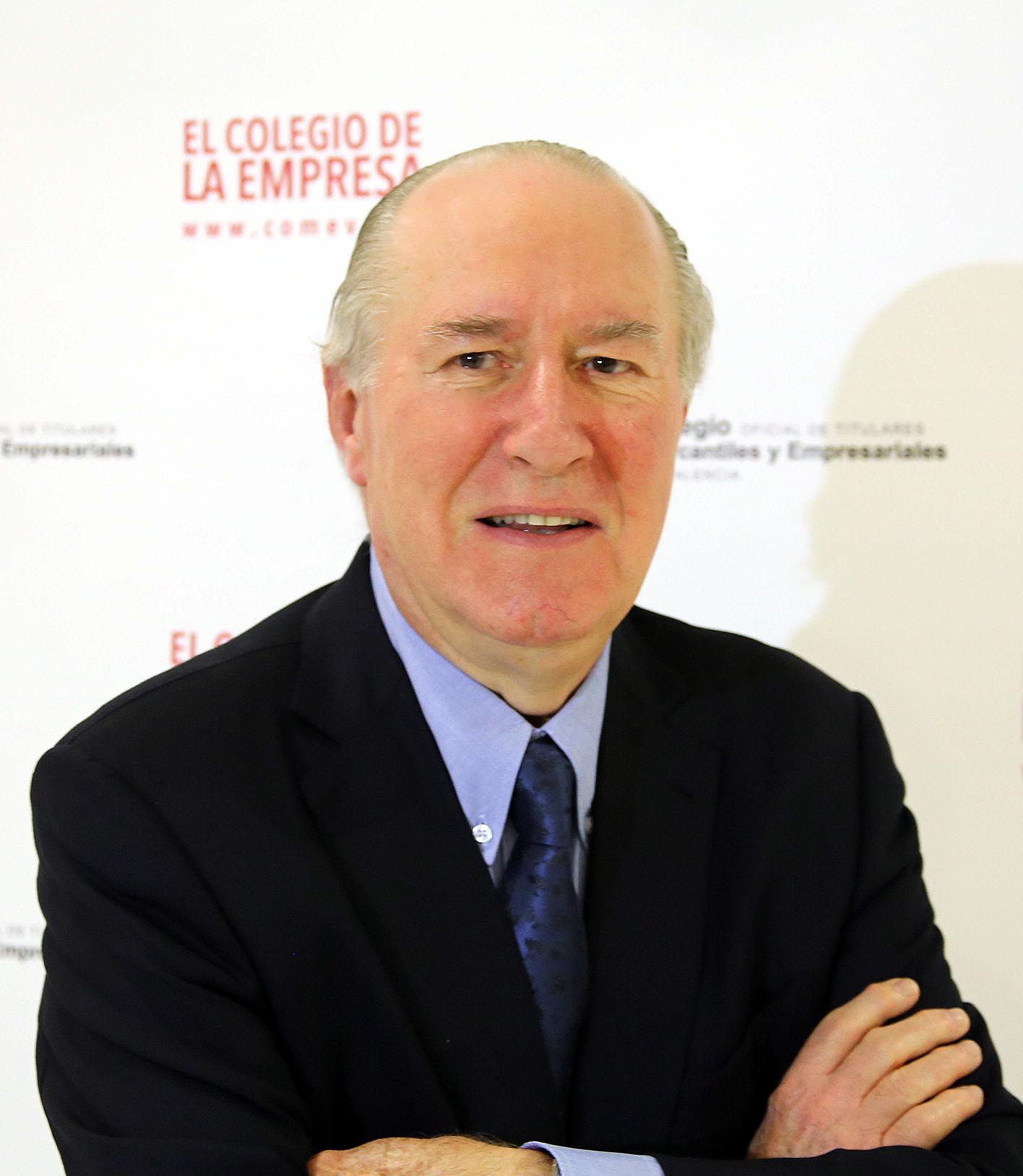